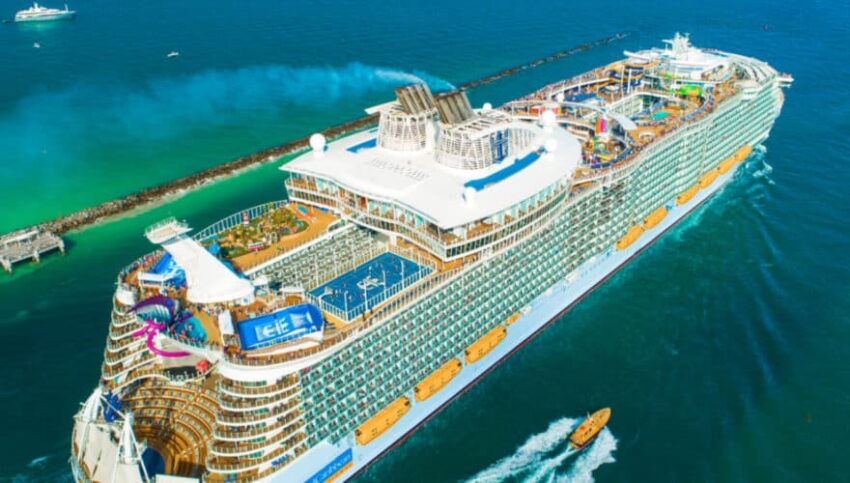 In May, 2022, I sailed on Royal Caribbean’s Quantum of the Seas Alaska Cruise from Seattle, Washington. Every door I entered throughout the entire ship was either accessible and automatic, or automatic. While I am sure some of the staterooms have smaller doors than my wheelchair accessible cabin, I did not see any.

My first encounter was when my wheelchair attendant escorted me to my stateroom to retrieve my rented Scootaround scooter. I was told, “Just tap your Seapass Card against the keypad, and your door is unlocked an opened.” To open the door from the inside, there was a touch plate that automatically unlocks and opens the door.

All public restrooms, including men’s, women’s and family, were equipped on both sides with the same touch plate. So they were activated with a simple touch to the touch plate. All were handicapped accessible, even with handicapped stalls in every restroom.

Major passageway doors, like between the pool deck and the hallway leading to the elevators and the Marketplace buffet, were totally automatic. I just rolled up on my scooter, or someone walking would approach the doorway and it would automatically open.

There might be some inaccessible areas on this ship, but I did not find any. Considering the embarkation procedures, and one swimming pool that is actually wheelchair accessible, and very few “stair” stimbling areas, Quantum of the Seas is probably the most accessible cruise ship I have been on. Great job, Royal Caribbean.