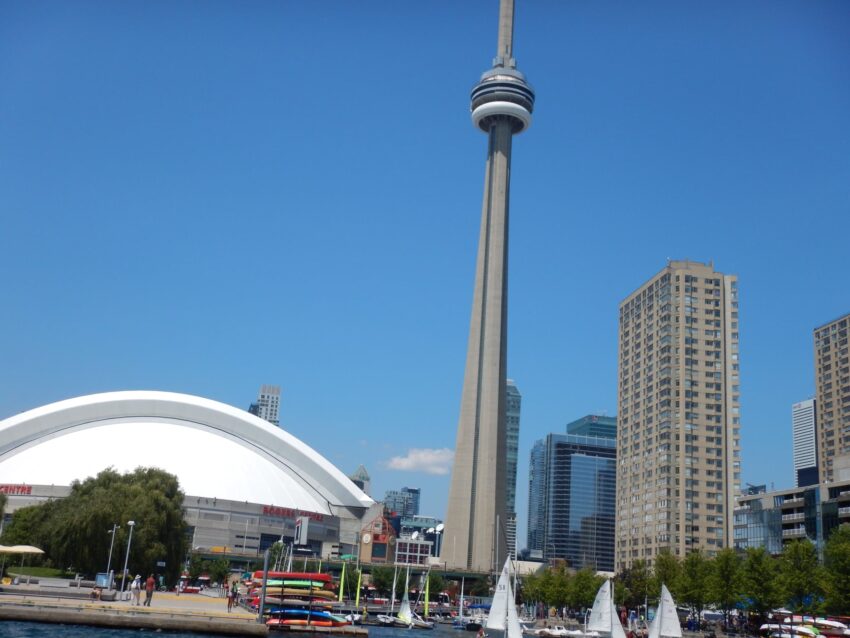 After previously visiting Toronto in 2009 and 2016 and visiting Canada’s National Tower both visits, I wondered if it would be worth visiting again.  I previously wrote about my visit in 2016 as part of checking out Toronto’s top attractions with Destination Toronto.

After meeting up with another friend, my travel buddy and I planned on going to the beach for the day but with the weather starting to rain heavily, we needed an indoor activity.  My travel buddy never been to the CN Tower so we all agreed it will be worth visiting again as it has been a few years for the other 2 of us since we last visited.

The CN Tower is located right in the heart of downtown Toronto right between the Rogers Centre and the Metro Toronto Convention Centre on Front Street.  Since, the CN Tower is so tall, all we had to do was look up and just head towards the tower.  It was only about a half hour walk from our our hotel The Chelsea Hotel, but we were coming from dim sum in Chinatown.

Join me for a cup of coffee

My Journey with Prostate Cancer