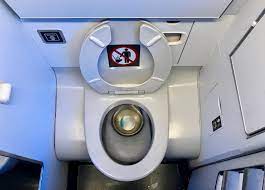 On Thursday, the U.S. Department of Transportation issued a Notice of Proposed Rulemaking (NPRM) that would require operators of single-aisle aircraft with 125 seats or more to install accessible toilets. This is welcome news for disabled travelers, given that such aircraft are now being deployed on cross-country and intercontinental routes — flights that can be up to 9 hours from take-off to touchdown (I once flew across the pond on a Norwegian Boeing 737 MAX with no access to the lavatory).

The issue, as is often the case, is in the details. If adopted, the rule would not take effect for 20 years. Yes, you read that right.

The proposed rule would require accessible lavatories to be installed on new aircraft ordered 18 years or delivered 20 years after the effective date of a final rule. The hundreds of new single-aisle aircraft that U.S. carriers have already ordered and that will be delivered over the next decade won’t be included.

This extended delay for implementation ensures inaccessibility will remain the rule, not the exception, for decades to come. The following excerpt from the NPRM reveals just how long it will take for accessible lavatories to be widely available:

This exceedingly long time horizon — at least 45 years until all single-aisle aircraft feature an accessible toilet — is realistic because airlines won’t be required to retrofit existing aircraft.