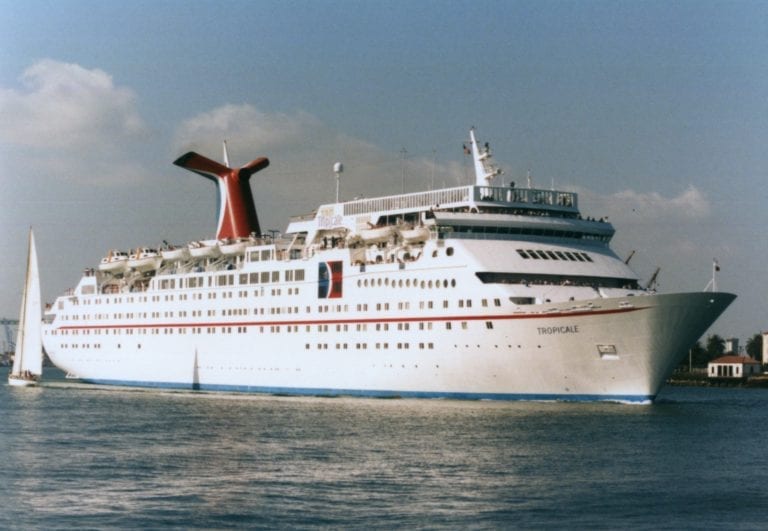 Once Carnival Tropicale Arrives At Scrapyard

Another former Carnival Cruise Line ship arrived at the scrapyard this week, bringing an end to the journey of what was once the Tropicale. If the name doesn’t sound familiar, it’s probably because the ship hasn’t been a part of the Carnival fleet since 2000.

After its time with Carnival Cruise Line, it was transferred to Costa Cruises, P & O Australia, Pullmantur and ended up with Peace Boat.  (a division of Carnival Corporation) and then eventually sold by the company. That said, Tropicale holds a very special place in both Carnival’s history and the hearts of many cruisers. I sailed her the first time in 1982 out of Los Angeles on a 7 day Mexican Riviera Cruise when she was almost brand new. I sailed on her again in the early 90’s out of New Orleans. Both were well before my needs for accessible cruise ships and accessible travel so from that area, this is inconsistent with these pages.

Tropicale was the ship that introduced the now-iconic whale-tail funnel that makes Carnival Cruise Ships  easy to spot anywhere in the world. This was the idea of legendary Carnival designer Joe Farcus.

Over the years, the Tropicale has been renamed the Costa Tropical, the Pacific Star, the Ocean Dream and The Dream. She was sold for scrap and beached this week in Alang, India.