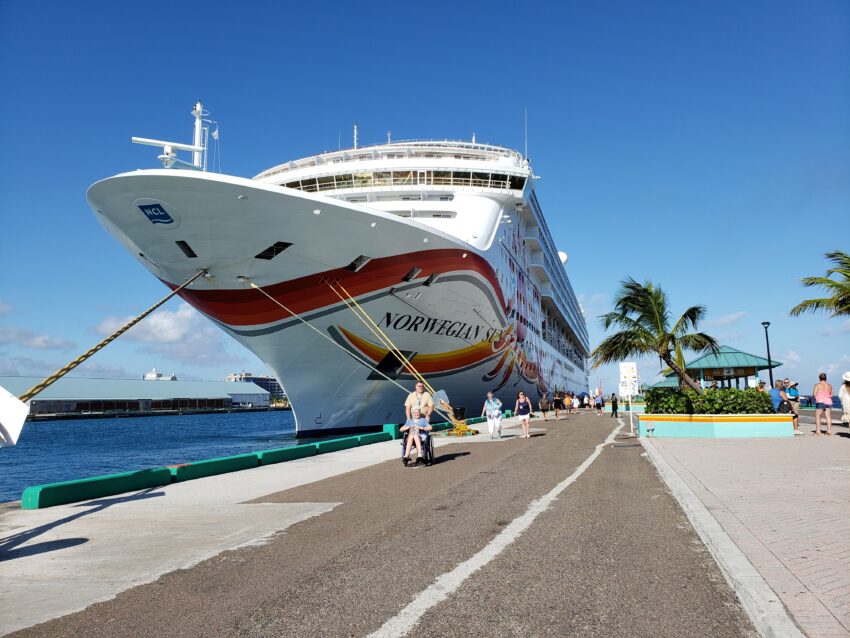 In the middle of a Norwegian Sun cruise from Port Canaveral, FL, in November, 2019, I accidentally discovered and became a user of Scootaround, and became truly a handicapped traveler. Now, I am ready for the next step to purchase one for my use at home and traveling in my truck. More on that in another post.

Prior to 2019, for several years due to my physical limitations, replacements of both hips, therapy, chronic back issues, obesity and a need for a knee replacement (only I am too fat), plus I no longer had my longtime girl friend/travel partner, I had not cruised. My only travel was several flights to Louisville, KY to see my son and grandkids. I quickly realized my need to request wheelchair service in airports as even then, I could not walk that far.

Finally, after I friend convinced me to try a solo cruise, I booked the Norwegian Sun, purchased plane tickets, arranged a night in a Orlando hotel, and paid for transport from Orlando to Port Canaveral. At that point, I had never heard of Scootaround but at least had requested wheelchair assistance to get me through check-in and on the ship. Not the best start of a vacation for a handicapped senior.

On the second day of the cruise, we docked at Key West, FL and I had booked the Trolley Tour excursion. I had to walk basically from one end of the ship to the other to meet those going on excursions, then walked back to the other end of the ship to disembark. Plus a short walk to the trolley. At this point in my life, 50 yards was a lot of walking and by the time I returned to my cabin, I was done. I did not even go to dinner that night.

Clearly I was not prepared for trips for handicapped seniors.

The next morning at breakfast, I noticed an older traveler on a scooter and asked about it. She sold me on Scootaround, plus suggested I check at the front desk because they might have one available. They did. I did. And rented it for the remainder of my cruise. That absolutely saved the cruise and I was able to totally enjoy it once again. In a few minutes, my cruise became one of those AWESOME vacations for handicapped seniors.
Since then, I have done three more cruises and I will never do another cruise without a scooter. Now, I am considering purchasing one rather than just renting for cruises.

1 thought on “I Accidentally Became A Serious Handicapped Traveler”