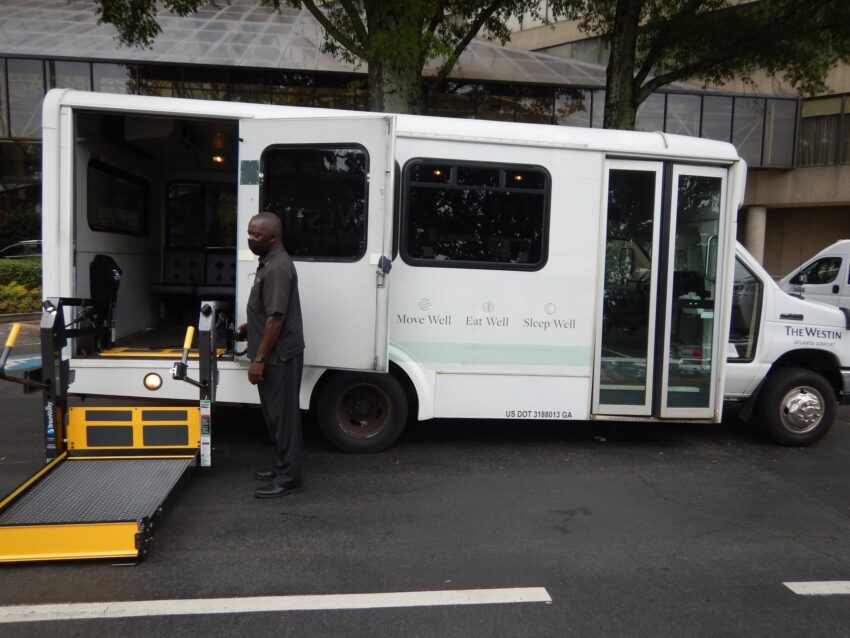 Last month, after spending 2 nights at another hotel in Atlanta, and friend and I moved over to spend 3 nights at The Westin Atlanta Airport.  We booked this far hotel because it was right next door to one of the shuttle stops to Imagine Music Festival at Chattahoochee Hills.  Since the music festival was canceled almost last minute, I wasn’t able to cancel this hotel and stay downtown.

Just off Interstate 85, The Westin Atlanta Airport hotel is one of the closest hotels to Hartsfield-Jackson Atlanta International airport.  It is located on 4736 Best Road and is a 4-star hotel.  Normally I don’t care too much where I stay as long as there is wheelchair accessibility and a roll in shower in the bathroom.

The entrance of the hotel was all covered, which was nice because it was slightly raining when we arrived to check in at the hotel.  The lobby also looked really nice and there was a lot of chairs and seats for people to hang out.  There is also a lot of elevators including 2 glass elevators that takes you to all 10 floors and 500 rooms.  Masks were not mandatory anywhere either except for staff.