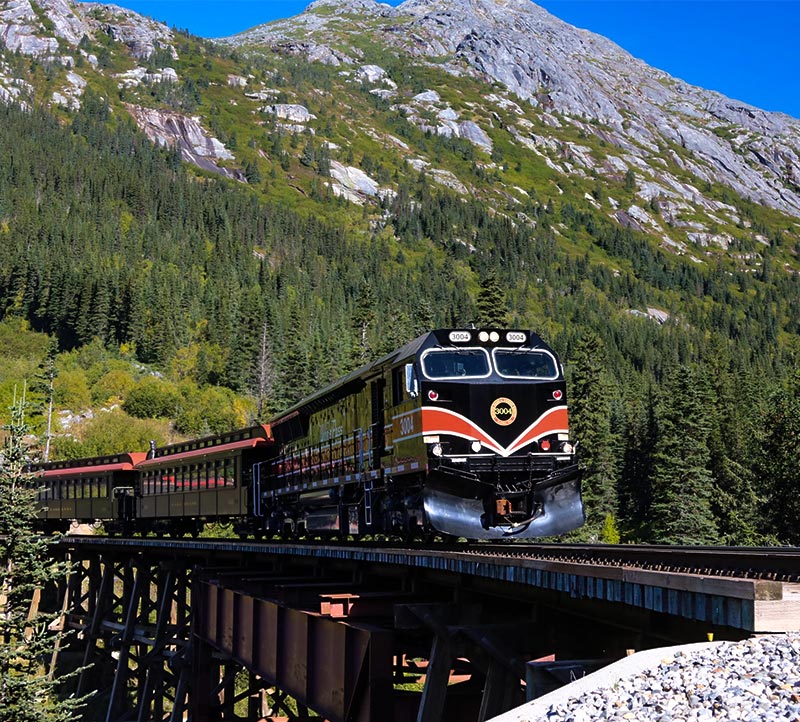 Are you booked on the accessible White Pass and Yukon route railroad, one of the most popular excursions from Skagway, Alaska? The tour is being adjusted for the 2022 Alaska sailing season.
Normally, the train climbs from sea level to some 2800 feet through some of the most breathtaking scenery in the world. During the climb, the railway crosses in to the Yukon territory in Canada, does a loop, and returns down the same tracks back to Skagway.

Unfortunately, due to the restrictions on the Canadian border, the tour is being changed. It is important to know that it’s not closed, and the operator is just making changes.

Tyler Rose, a white Pass executive, said there were several reasons why the company took the decision to change the offering: “We just couldn’t find a workable solution to it. It was logistics, some restrictions. The uncertainty around wait times — it just wasn’t possible for us to provide the consistent, high-quality service without delays. And we thought it would create a significant disruption to the passenger experience.”
During the railroad trip, guests would need to have their ArriveCan app scanned, or have a printed copy of their QR code ready, so officials could check it before the train would proceed on its journey. This is required 72 hours before the excursion.

Yukon’s Minister of Economic Development Ranj Pillai:“We essentially went through a series of problem-solving on border issues and ensuring that we would have the ability for White Pass to come back and not have delays. And you know, we solved those issues.

Both sides of the border worked through a range of possibilities that would have enabled the trains to operate but to no avail. Instead, the tour will only cover the first 20 miles of track and remain in the U.S.